At the end of June this year, Muslims around the world will celebrate Eid al-Fitr, a festival that marks the end of Ramadan. Here’s what you need to know about the holiday celebrated by over 1 billion Muslims.

1. IT’S HELD TO CELEBRATE THE END OF FASTING.

During the month of Ramadan, Muslims fast from sun up to sundown to honor the month that the Quran was revealed to the Prophet Mohammed. Eid al- Fitr celebrates the end of the month—and the end of the fasting. The prolonged fasting isn’t just about food—it also includes abstaining from taking medications, drinking any liquids (including water), smoking, and having sex.

2. THE NAME OF THE HOLIDAY IS A LITERAL TRANSLATION.

“Eid al-Fitr” is a pretty literal translation of the event that’s being celebrated: “Festival of the Breaking of the Fast,” or “the Feast of Fast- Breaking.”

3. EID AL-FITR BEGINS WHEN THE NEW MOON IS FIRST SIGHTED.

Eid al-Fitr doesn’t begin until the new moon appears in the sky (although traditionally, and still today for many Muslims, it doesn’t begin until the barest sliver of a waxing crescent moon is seen). Technically, that means that across the world, Eid al-Fitr starts at different times and even different days, depending on location. To make it more uniform, some Muslims celebrate Eid when the new moon appears over Mecca instead of their own locations.

4. RAMADAN AND EID AL-FITR ARE HELD ON DIFFERENT GREGORIAN DATES EVERY YEAR.

The festival traditionally lasts for three days, but depending on how it falls on the calendar, the parties and festivities could last much longer. For example, if the three days fall mid-week, Muslims will likely still be celebration over the weekend.

Before leaving to perform morning prayers, Muslims wake up to cleanse their bodies in a ritual called “ghusl.” Then, similar to getting new clothes for Easter Sunday, Muslims often don something new or grab their finest threads and decorate their hands with elaborate henna patterns. Some people wear traditional dress, while others opt for contemporary clothing.

7. THERE ARE EID GREETINGS.

“Eid Mubarak,” which means “Have a blessed Eid!,” is pretty common.

8. THEN THERE ARE PRAYERS.

After getting dressed and ready for the day, Muslims gather for prayers in mosques or outdoor locations. Afterward, they may visit the graves of loved ones to pray and clean the gravesites.

9. THERE ARE GIFTS INVOLVED.

After a month of sacrifice, Eid al-Fitr is a time of abundance—and not just abundant food. Gifts are often given, especially to children. These gifts of money, accessories, home goods, or flower are called “Eidi.”

Eid al-Fitr is one of two important Eid celebrations in the Muslim faith. The other is Eid-al-Adha, the Feast of the Sacrifice or “Greater Eid.” Eid al-Adha celebrates the sacrifice Ibrahim (Abraham) was willing to make to Allah. Like Eid al-Fitr, Eid al-Adha is held at a different time on the Gregorian calendar every year.

Though the first iftar dinner—the daily meal that Muslims break their fast with when the sun sets during Ramadan—hosted by the White House happened in 1805, when President Thomas Jefferson held one for the visiting Tunisian envoy, First Lady Hillary Clinton hosted the first official Eid al-Fitr dinner in 1996, and the Clintons continued the tradition every year after. The tradition of hosting Ramadan or Eid dinners has continued with every president since—George W. Bush hosted one every year, and Barack Obama hosted his last one in July 2016.

Latest posts by Shaheel Khan (see all)
Tagged:11 Things You Might Not Know About Eid Al-Fitr 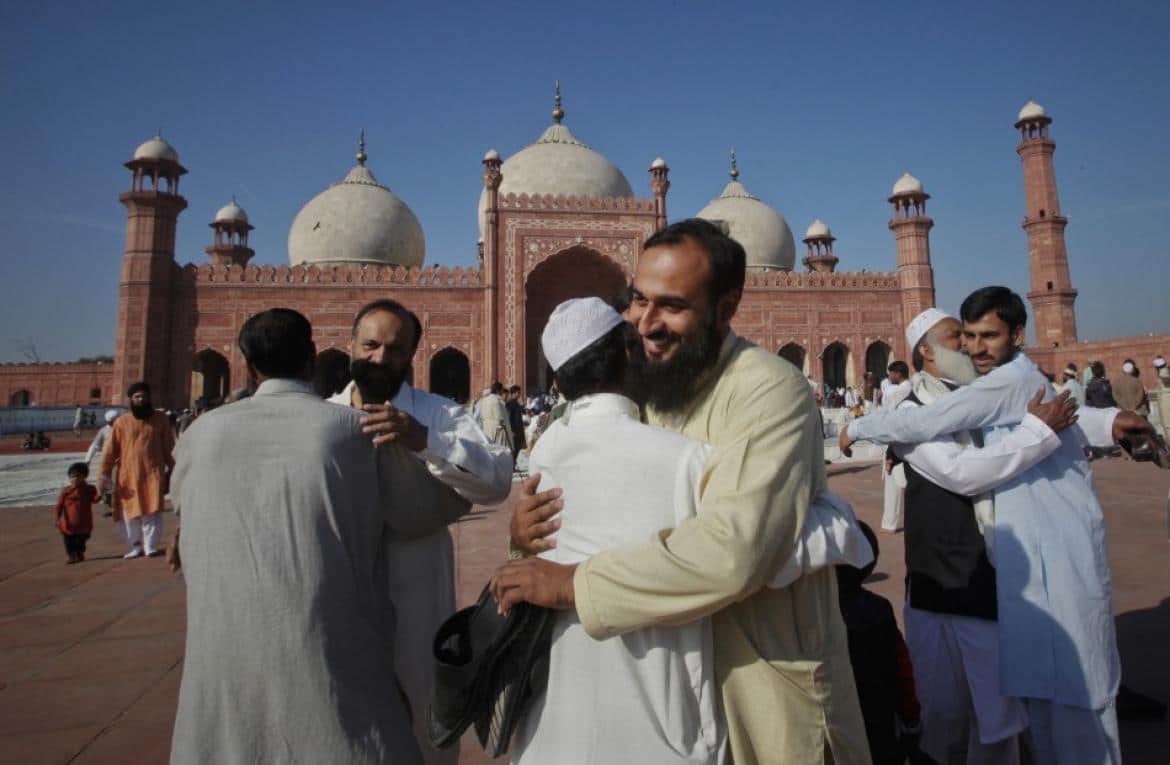