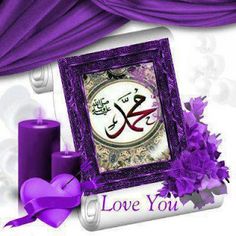 Suddenly, there was a person, he said salaam.

But Fatimah (rt.anha) did not allow him enter the room.

‘I’m sorry, my father is ill,’ said Fatimah (rt,Anha) , turned her body back and closed the door.

She went back to her father who had opened his eyes and asked Fatimah (rt.Anha) , ‘Who was he, my daughter?’

‘I don’t know, my father. It was the first time for me to see him,’ Fatimah (rt.Anha) said gently.

Then, Rasulullah ﷺ looked at his daughter with trembled look, as if he wanted to reminisce about every part of her daughter’s face.

‘Know one thing! He is who erases the temporary pleasure; he is who separates the companionship in the world.

He is the death angel,’ said Rasulullah ﷺ

Fatimah (rt.Anha) bore the bomb of her cry. The death angel came toward him, But Rasulullah ﷺ asked why Jibril (alahsalam) did not come along with him..

Then, Jibril (alahsalam) was called. Jibril (alehslam) was ready in the sky to welcome the soul of Habibullah and the leader of the earth.

‘O Jibril, explain me about my rights in front of ALLAH?’ Rasulullah ﷺ asked with a weakest voice.

‘The doors of sky have opened, the angels are waiting for your soul.’

‘All jannats open widely waiting for you,’ Jibril (alehsalam) said..

But, in fact, all this did not make Rasulullah ﷺ relieved, his eyes were still full of worry..

‘You are not happy to hear this news?’ asked Jibril (alehsalam) .

‘Tell me about the destiny of my people in future?’

‘Don’t worry, O Rasul ALLAH ﷺ . I heard ALLAH tell me: ‘I make jannat haram for every one, except the people of Muhammad ﷺ who are inside it,’ Jibril (alehsalam) said.

It became closer and closer, the time for Malaekat Izrail (alehsalam) to do his work.

Slowly, Rasulullah’s ﷺ soul was pulled. It was seemed that the body of Rasulullah ﷺ was full of sweat; the nerves of his neck became tight.

‘Am I repugnant to you that you turn your face back o Jibril?'(alehsalam)
Rasulullah ﷺ asked the Deliverer of Wahy.

‘Who is the one who could see the Habibullah in his condition of sakaratul maut,’ Jibril (alehsalam) said..

Not for a while, Rasulullah ﷺ uttered a groan because of unbearable pain.

‘O ALLAH, how great is this sakaratul maut. Give me all these pains, don’t give it to my people.’

The body of Rasulullah ﷺ became cold, his feet and chest did not move anymore….

His lips vibrated as if he wanted to say something, Ali (rt.anho) took his ear close to Rasulullah ﷺ

Outside the room, there were cries shouted each other, sahabah held each other. Fatimah (rt.anha) closed her face with her hands and, again, Ali (rt.anho) took his ear close to Rasulullah’s ﷺ mouth which became bluish.

And the life of the Prophet ﷺ ended.

Could we love each other like him? Allahumma salle ‘ala Muhammad wa baarik wa salim ‘alaihi. How deep is Rasulullah’s ﷺ love to us.

Send this to all your Muslim friends so that there is an awareness towards the love of ALLAH and His Rasul – because – truly – except this love, the other loves, are only fana (not everlasting) thing.
Ameen……

Don’t worry if people hate you because there are many others who love
and care you in the earth. But be worried if ALLAH hates you because
there is no other who loves and cares you in akhirat.

May Almighty Allah guide all of us to the Right Path and give all of
us the courage to accept the Truth in the light of Qur’an and Sunnah
and to reject all things which are in contradiction to the Holy Qur’an
and Sunnah.

Then the Shaitan (Satan) made them slip therefrom 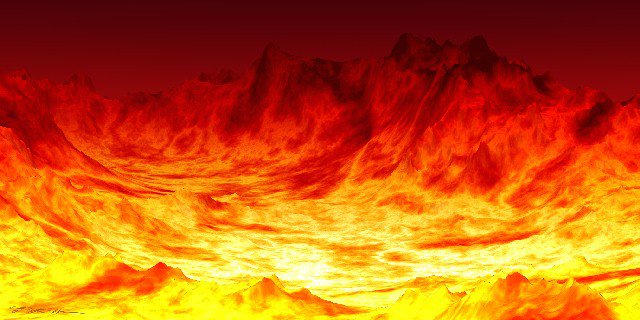