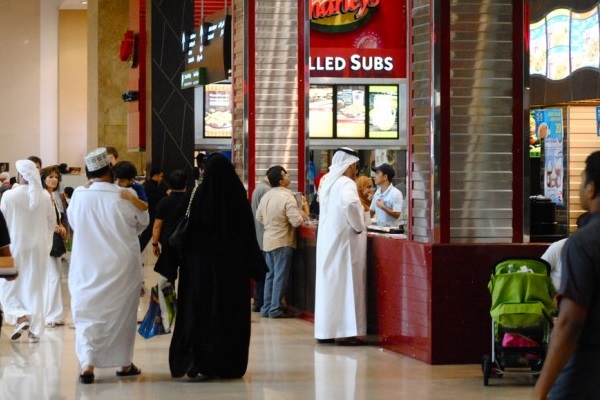 How many of the 10 fattest countries are Muslim?

It’s no secret that the world has been consistently getting more and more fat over the years. In nearly every country obesity rates are on the rise: in poor countries and rich countries, in young people and old. The causes of increased obesity are easy to trace and not difficult to understand. More and more people are moving to cities. In cities, there is higher access to inexpensive, unhealthy food. People don’t need to move around as much, and often spend entire days at desks or behind computers where they don’t burn enough of the calories that they’re consuming. Our access to junk food and soda has never been greater, and our lives are becoming more and more sedentary. In 2016, around forty percent of the adults in the world can be classified as overweight. In over a hundred countries across the world, more than half of the adult population is overweight.

Millions of people are dying from obesity-related issues every year. Instances of diabetes, heart disease, and other problems are on the rise. The global food supply has seen a steady increase, which obviously has huge benefits across the world. At the same time, countries haven’t really been able to reverse their troubling obesity rates. Many Americans have the idea that they probably live in the fattest country in the world. While this isn’t true, they do crack the top ten. This list is organized by percentage of the population that can be classified as being obese. Behold, the ten fattest countries in the world this year.

The US has a reputation across the world for being one of the fattest countries. It is perceived by many countries as being a decadent country. Documentaries like “Supersize Me” have outlined the country’s seeming addiction to junk food and disregard for basic ideas with regards to healthy eating and living. So, it isn’t as bad as it seems, with the United States at number ten on this list, with less than a third of its population qualifying as obese. Still, it stands out on this list because it has a way higher standard of living than any of these other countries. It is the richest and most powerful country in the world, and as such, it should not be so far behind comparable countries when it comes to the health of its population. There are, of course, other issues that the United States struggles with when compared to similar western countries, such as literacy, equality, and safety. The good news for the United States is that the amount of overweight people has been dropping lately. The bad news is that the percentage of people who are obese has been on the rise.

Coming in at ninth on this list of the fattest countries in the world is Mexico, with a rate of obesity at just under a third of the population. Like in the United States, the percentage of overweight and obese people in the country is considered to be a serious issue of national health. A key contributor to the high rate of obesity in Mexico is that the general population was only introduced to the highly processed, fatty, and sugary foods of other western countries fairly recently. Up until around the 1980s, a typical diet in Mexico was made up mostly of fresh produce and natural ingredients. Mexico is said to be the world’s largest consumer of Coca Cola, and it is clear that its population drinks way too much soda. As a reaction to this, the government recently announced a tax on soda. They’ve added a tax of around one peso to the price of each soda, which is meant to slow down the rate at which Mexicans are drinking the unhealthy beverages. It’s still too soon to tell if the soda tax in Mexico has had a positive effect on the health of the country.

When a country is able to quickly become rich from its natural resources, there are two ways it can impact public health. One is that the health of the country can improve, as food becomes more available and of higher quality, along with better sanitation and safety standards. Unfortunately, in Qatar, the great upswing in the wealth of the country came with a downturn in the health of the country. Qatar is the richest country in the world if you look at their per capita income. It’s said to be the most developed Arab state, and has a huge impact on world politics when you consider its small size and population. However, some say that half of Qatar’s population may be obese, and they are facing a crisis in rising childhood diabetes rates. Western fast food chains have popped up everywhere in Qatar. The rapid modernization and growth of the country has likely led to a more sedentary lifestyle. These and other factors have combined to put Qatar on this list of the world’s fattest countries.

South Africa is the first of a few African nations that appear on this list. Many African countries struggle with high instances of poverty and undernourishment, caused by an inadequate food supply, inequality, and bad food distribution systems. However, in many countries with high rates of hunger, obesity is also on the rise. It seems crazy, but the number of obese people in developing countries is said to have tripled or quadrupled in the last few decades. This is surely a result of grossly unhealthy food that causes people to become overweight but still doesn’t nourish them properly. It is also the result of extreme inequality and corruption. In South Africa, some say that nearly half of the country’s total deaths are caused by heart attacks and strokes, which usually can be traced to being overweight or obese.

United Arab Emirates shares many of its causes and effects of obesity with Dubai. Oil wealth came to the country too quickly and with it came a western-style diet of fast food that the population wasn’t used to. In the US, obesity rates are way higher in men than women. In UAE, the opposite is true, with around six percent more females being obese than males in the country. Some people also point out historical reasons for obesity in countries like UAE. Historically, being fat could be seen as a sign of wealth or power in the Arab world. It could be the case that these ideas still prevail in some societies and that misinformation exists about the health risks of maintaining an obese body type.

Jordan has similarities with UAE when it comes to its obesity problem. For one, obesity is far more common in women than in men. The difference is especially stark in Jordan, with almost twice as many woman that are obese as men. A connection has been drawn between age of marriage and obesity in this country. With marriage comes a restricted lifestyle, unemployment, and a kind of existence that is conducive to weight gain. As well as getting married early, the World Health Organization has looked at smoking and wealth as other factors that contribute to the high rate of obesity in Jordan and place it among the fattest countries.

Like many countries on this list of the fattest countries in the world, the problems in Egypt have been caused at least partially by rapid industrialization. In Egypt, the percentage of fat people in the cities is twice as big as the percentage of fat people in more rural areas. An abundance of cheap, fast food that isn’t nourishing combined with a less active lifestyle is a dangerous mix. The results have been especially saddening in Egypt. Egypt has the highest diabetes rates in the world, and teenagers in the country drink an alarming amount of soda, making it the fattest country in Africa.

It’s always worrying to see a country quickly climb a list of the fattest countries like this. While the obesity problem in countries like Egypt has been pretty widely talked about and documented for at least a few decades, Belize was not thought of as a nation with an obesity problem until recently. If you’re not familiar with Belize, it’s in Central America, just south of Mexico, and the official language of Belize is English. It is the only Central American country that makes this list. However, that doesn’t mean that obesity isn’t a problem in the area. We’ve already discussed Mexico, but Venezuela and Trinidad and Tobago are also countries with serious obesity issues. Further south, obesity rates are also on the rise in the wealthier South American countries like Chile and Argentina.

Another country that has seen a shocking rise when it comes to its status among the fattest countries in the world is Saudi Arabia. Less than a decade ago, a study put together by Forbes found that Saudi Arabia barely cracked the top thirty fattest countries. Today, its obesity problem is the second worst in the world. Over a third of the women in Saudi Arabia are said to struggle from health issues or complications that are a direct result of weight issues. Some studies claim that the obesity problem in Saudi Arabia may be much worse than the number listed here, with numbers as high as 70% being published. Like many countries on this list, the rate of diabetes is rising quickly. In Saudi Arabia, obesity-related problems aren’t included in health insurance plans. This means that people in Saudi Arabia are paying large amounts of money as a result of issues and diseases that they struggle with as a result of obesity.

Kuwait has become king of the fattest countries in the world in recent years. It is commonly said that their love for fast food has lead to the alarmingly high rates of obesity. 13% of the people in the entire world are said to be obese. Over three times this percentage are obese in Kuwait. The definition of overweight is a BMI of 25 or more, and the definition of obese is a DMI of 30 or more. The high consumption of fast food in Kuwait has lead to introduction of another American idea: stomach stapling. Kuwait is said to have the highest rates of stomach stapling of any country.  Around five thousand stomach staple procedures are performed in a given year in a country with a pretty small population of around three and a half million people. Like other countries on this list, the increased prosperity from oil, the influx of American food, and different cultural ideas about weight and eating have lead to very high rates of overweight and obese people in Kuwait. 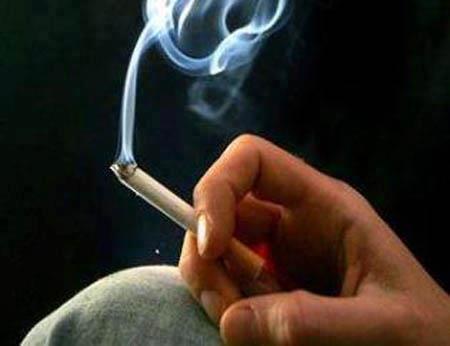 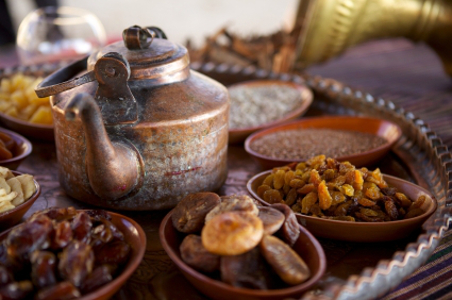 20 tips on the Sunna of good health