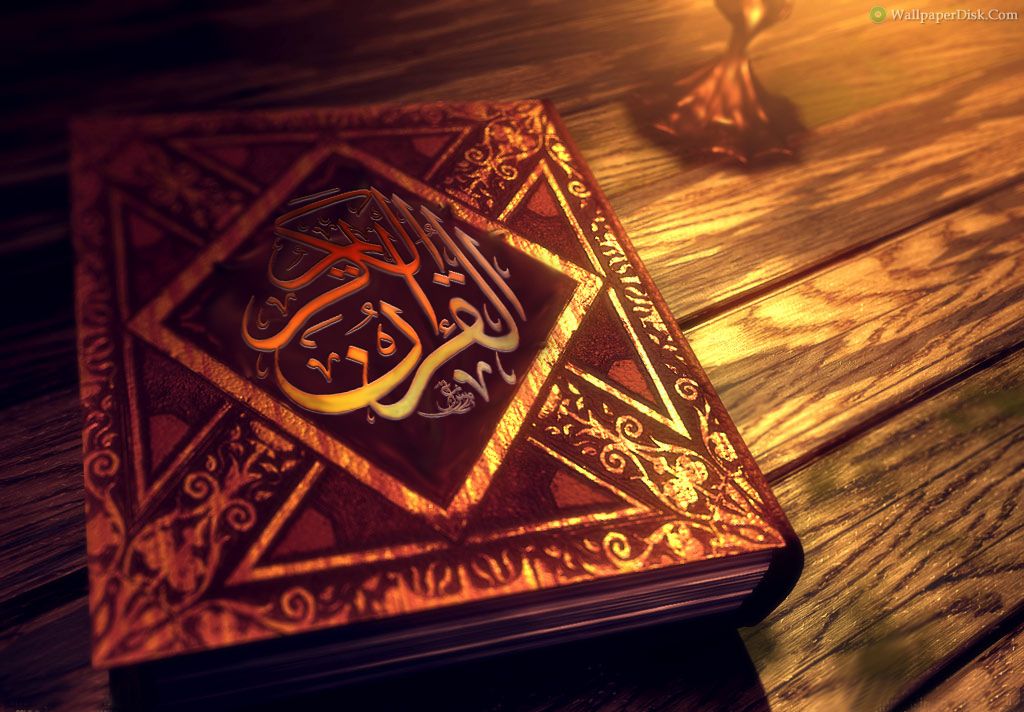 1. Verily, We have given you (O Muhammad ) a manifest victory.

2. That Allah may forgive you your sins of the past and the future, and complete His Favour on you, and guide you on the Straight Path;

3. And that Allah may help you with strong help.

4. He it is Who sent down As-Sakinah (calmness and tranquillity) into the hearts of the believers, that they may grow more in Faith along with their (present) Faith. And to Allah belong the hosts of the heavens and the earth, and Allah is Ever All-Knower, All-Wise.

5. That He may admit the believing men and the believing women to Gardens under which rivers flow (i.e. Paradise), to abide therein forever, and to expiate from them their sins, and that is with Allah, a supreme success,

6. And that He may punish the Munafiqun (hypocrites), men and women, and also the Mushrikun men and women, who think evil thoughts about Allah, for them is a disgraceful torment, and the Anger of Allah is upon them, and He has cursed them and prepared Hell for them, and worst indeed is that destination.

7. And to Allah belong the hosts of the heavens and the earth. And Allah is Ever All-Knower, All-Wise.

8. Verily, We have sent you (O Muhammad ) as a witness, as a bearer of glad tidings, and as a warner.

9. In order that you (O mankind) may believe in Allah and His Messenger (), and that you assist and honour him (), and (that you) glorify (Allah’s) praises morning and afternoon.

10. Verily, those who give Bai’a (pledge) to you (O Muhammad ) they are giving Bai’a (pledge) to Allah. The Hand of Allah is over their hands. Then whosoever breaks his pledge, breaks only to his own harm, and whosoever fulfills what he has covenanted with Allah, He will bestow on him a great reward.

11. Those of the bedouins who lagged behind will say to you: “Our possessions and our families occupied us, so ask forgiveness for us.” They say with their tongues what is not in their hearts. Say: “Who then has any power at all (to intervene) on your behalf with Allah, if He intends you hurt or intends you benefit? Nay, but Allah is Ever All-Aware of what you do.

12. “Nay, but you thought that the Messenger () and the believers would never return to their families; and that was made fair-seeming in their hearts, and you did think an evil thought and you became a useless people going for destruction.”

13. And whosoever does not believe in Allah and His Messenger (Muhammad ), then verily, We have prepared for the disbelievers a blazing Fire .

14. And to Allah belongs the sovereignty of the heavens and the earth, He forgives whom He wills, and punishes whom He wills. And Allah is Ever Oft-Forgiving, Most Merciful.

15. Those who lagged behind will say, when you set forth to take the spoils, “Allow us to follow you,” They want to change Allah’s Words. Say: “You shall not follow us; thus Allah has said beforehand.” Then they will say: “Nay, you envy us.” Nay, but they understand not except a little.

16. Say (O Muhammad ) to the bedouins who lagged behind: “You shall be called to fight against a people given to great warfare, then you shall fight them, or they shall surrender. Then if you obey, Allah will give you a fair reward, but if you turn away as you did turn away before, He will punish you with a painful torment.”

18. Indeed, Allah was pleased with the believers when they gave their Bai’a (pledge) to you (O Muhammad ) under the tree, He knew what was in their hearts, and He sent down As-Sakinah (calmness and tranquillity) upon them, and He rewarded them with a near victory,

19. And abundant spoils that they will capture. And Allah is Ever All-Mighty, All-Wise.

20. Allah has promised you abundant spoils that you will capture, and He has hastened for you this, and He has restrained the hands of men from you, that it may be a sign for the believers, and that He may guide you to a Straight Path.

21. And other (victories and much booty there are, He promises you) which are not yet within your power, indeed Allah compasses them, And Allah is Ever Able to do all things.

22. And if those who disbelieve fight against you, they certainly would have turned their backs, then they would have found neither a Wali (protector) nor a helper.

24. And He it is Who has withheld their hands from you and your hands from them in the midst of Makkah, after He had made you victors over them. And Allah is Ever the All-Seer of what you do.

25. They are the ones who disbelieved (in the Oneness of Allah Islamic Monotheism), and hindered you from Al-Masjid-al-Haram (the sacred mosque of Makkah) and the sacrificial animals, detained from reaching their place of sacrifice. Had there not been believing men and believing women whom you did not know, that you may kill them, and on whose account a sin would have been committed by you without (your) knowledge, that Allah might bring into His Mercy whom He will, if they (the believers and the disbelievers) should have been apart, We verily had punished those of them who disbelieved, with painful torment.

26. When those who disbelieve had put in their hearts pride and haughtiness the pride and haughtiness of the time of ignorance, then Allah sent down His Sakinah(calmness and tranquillity) upon His Messenger ( ) and upon the believers, and made them stick to the word of piety (i.e. none has the right to be worshipped but Allah), and they were well entitled to it and worthy of it. And Allah is the All-Knower of everything.

27.  Indeed Allah shall fulfil the true vision which He showed to His Messenger () [i.e. the Prophet  saw a dream that he has entered Makkah along with his companions, having their (head) hair shaved and cut short] in very truth. Certainly, you shall enter Al-Masjid-al-Haram; if Allah wills, secure, (some) having your heads shaved, and (some) having your head hair cut short, having no fear. He knew what you knew not, and He granted besides that a near victory.

28. He it is Who has sent His Messenger (Muhammad ) with guidance and the religion of truth (Islam), that He may make it (Islam) superior over all religions. And All-Sufficient is Allah as a Witness.

29. Muhammad () is the Messenger of Allah, and those who are with him are severe against disbelievers, and merciful among themselves. You see them bowing and falling down prostrate (in prayer), seeking Bounty from Allah and (His) Good Pleasure. The mark of them (i.e. of their Faith) is on their faces (foreheads) from the traces of (their) prostration (during prayers). This is their description in the Taurat (Torah). But their description in the Injeel (Gospel) is like a (sown) seed which sends forth its shoot, then makes it strong, it then becomes thick, and it stands straight on its stem, delighting the sowers that He may enrage the disbelievers with them. Allah has promised those among them who believe (i.e. all those who follow Islamic Monotheism, the religion of Prophet Muhammad  till the Day of Resurrection) and do righteous good deeds, forgiveness and a mighty reward (i.e. Paradise). 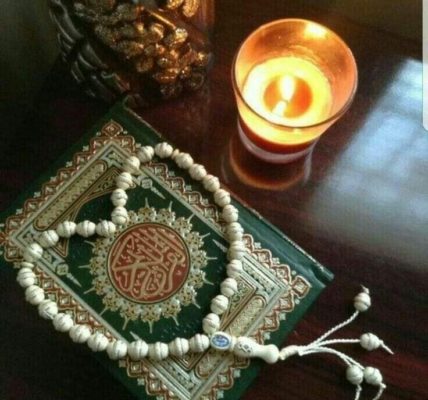 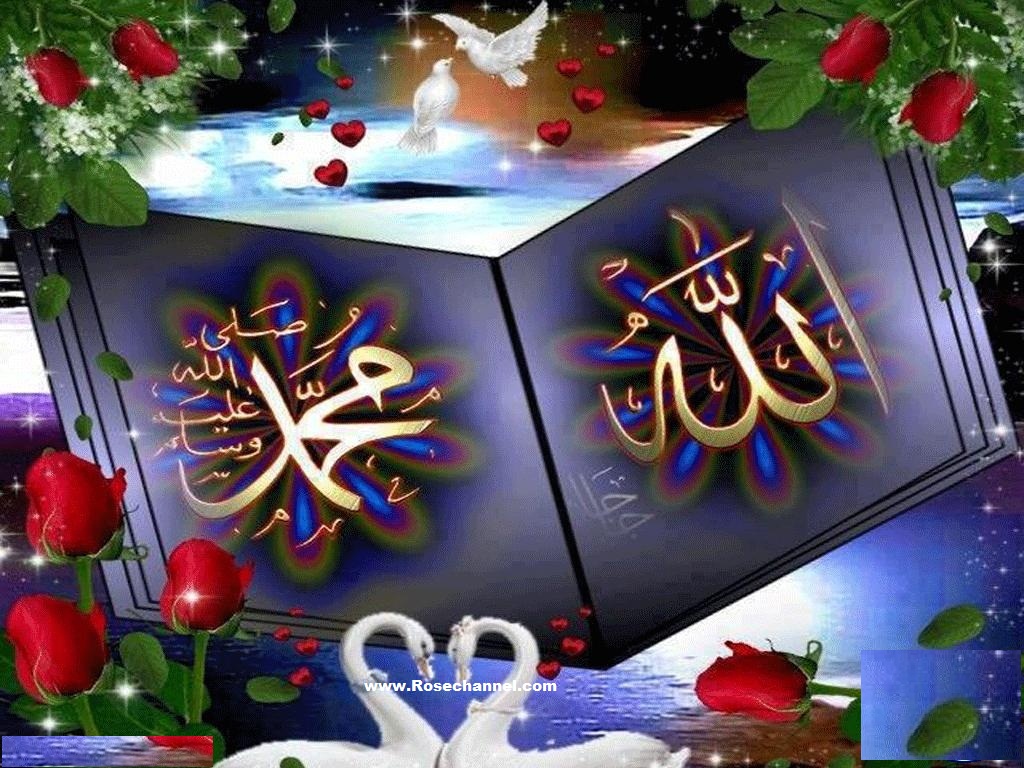 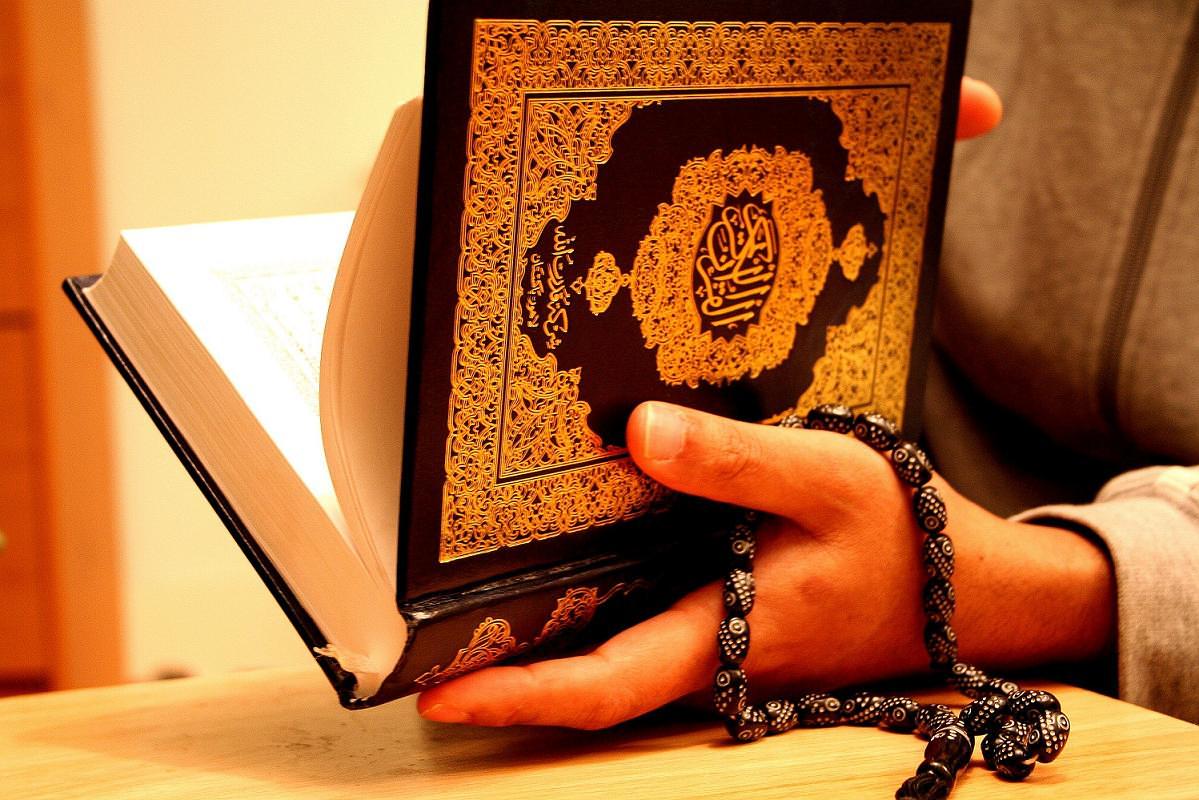 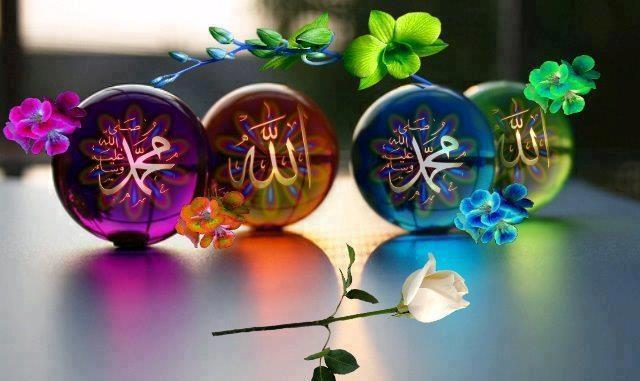