What is the awrah of a Muslim woman?

All praises be to Allaah, Lord and Sustainer of the worlds, and may the peace and blessings of Allaah be upon our Prophet Muhammad (peace be upon him) and upon his family and companions.

This is a matter which is taken too lightly by many Muslims, both men and women, though shame is a part of faith of a believer and is more required of women than men, in order to protect the society and people’s honour.

The awrah is part of the body which must be covered. The awrah of a Muslim woman is different according to her situation, which can be categorised as follows:

2. In the presence of non-mahram men: the Muslim woman needs to cover herself completely, including her face, according to the more correct scholarly opinion, based on the correct interpretation of the Aayah of surah Al-Ahzaab which brought the order of Hijaab.

You can find a detailed analysis of the ruling on covering the face here.

3. When she is performing the prayer (Salaah): the Muslim woman needs to cover herself completely except her hands and face. Covering of feet during prayer is not obligatory, but preferred.

There are a few important points to note here;

Firstly, although mentioned together, it is obvious that there is a difference between the husband and all others mentioned in the above aayah.

Secondly, there are some relations which are not mentioned in the aayah but are mahram to a woman and a woman can expose her zeenah in front of them, such as her son-in-law or father-in-law. The evidence for this is in the aayah of soorat-an-Nisaa which says:
“Forbidden to you (for marriage) are: your mothers, your daughters, your sisters, your father’s sisters, your mother’s sisters, your brother’s daughters, your sister’s daughters, your foster mother who gave you suck, your foster milk suckling sisters, your wives’ mothers, your stepdaughters under your guardianship, born of your wives to whom you have gone in but there is no sin on you if you have not gone in them (to marry their daughters), the wives of your sons who (spring) from your own loins, and two sisters in wedlock at the same time, except for what has already passed; verily, Allâh is Oft-Forgiving, Most Merciful.”

Thirdly, there is no difference between what a woman is permitted to show in front of other women and in front of men who are mahram to her, such as her own brother. Exposing the awrah in addition to what is allowed (as mentioned above), such as part of the chest or back, is not permitted in front of men who are mahram, as well as other women. This is because the Prophet (peace and blessings of Allaah be upon him) said:
“There are two types of the people of Hell that I have not seen yet: men with whips like the tails of cattle, with which they strike the people, and women who are clothed yet naked, walking with an enticing gait, with something on their heads that looks like the humps of camels, leaning to one side. They will never enter Paradise or even smell its fragrance, although its fragrance can be detected from such and such a distance.”

(Narrated by Ahmad and Muslim)

Regarding the second type mentioned in the hadith (i.e. “women who are clothed yet naked, walking with an enticing gait, with something on their heads that looks like the humps of camels, leaning to one side”), Al-Nawawi said concerning the meaning of this passage: al-kaasiyaat al-‘aariyaat (translated here as “clothed yet naked”) means that they will uncover part of their bodies to show their beauty, so they will be clothed yet naked. (Sharh al-Nawawi ‘ala Saheeh Muslim, 17/191)

And finally, an issue which is related to the issue of awrah of a Muslim lady but very commonly neglected, is her getting changed or taking her clothes off, even partly, in a place other than her own home such as swimming baths or ladies gyms etc. This is not permissible for a Muslim woman who fears Allaah and the day of judgement.

It was narrated that Abu Maleeh said: Some women from Syria entered upon ‘Aa’ishah (may Allaah be pleased with her) and she said: “Who are you?” They said: “From the people of Syria .” She said: “Perhaps you are from al-Koorah where women enter the public baths?” They said: “Yes.” She said: “I heard the Prophet (peace and blessings of Allaah be upon him) say:
‘There is no woman who takes off her clothes anywhere other than in her own house, except that she has torn what is (the veil of modesty) between her and Allaah.’ ”

(Narrated by the authors of the four Sunans, and its isnaad is saheeh according to the conditions of al-Saheehayn)

We ask Allaah to help and guide us to do all that He is pleased with and his Peace and blessings be upon His last Prophet Muhammad. 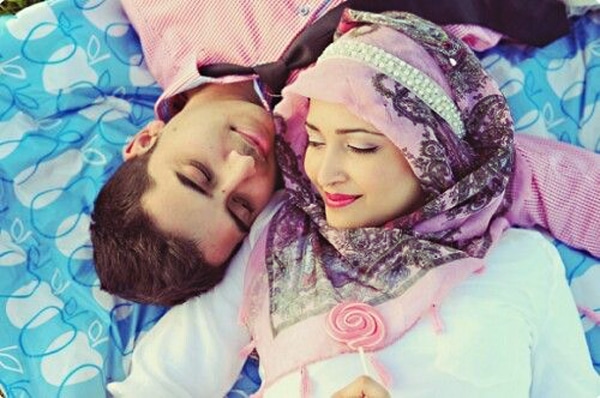 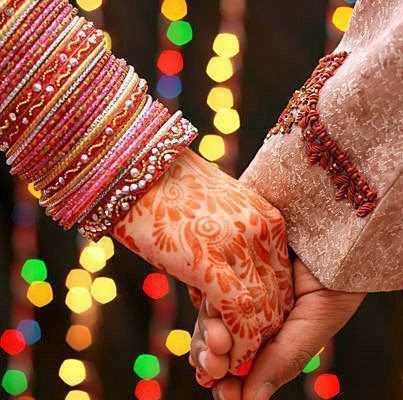 Why I Want To Get Married? 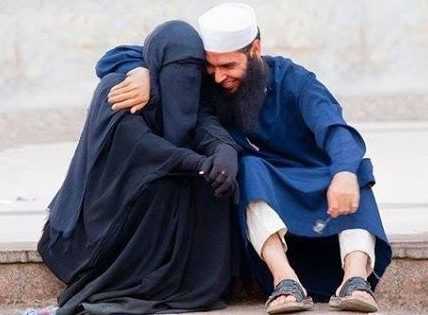 The Rights and Responsibilities of the Husband