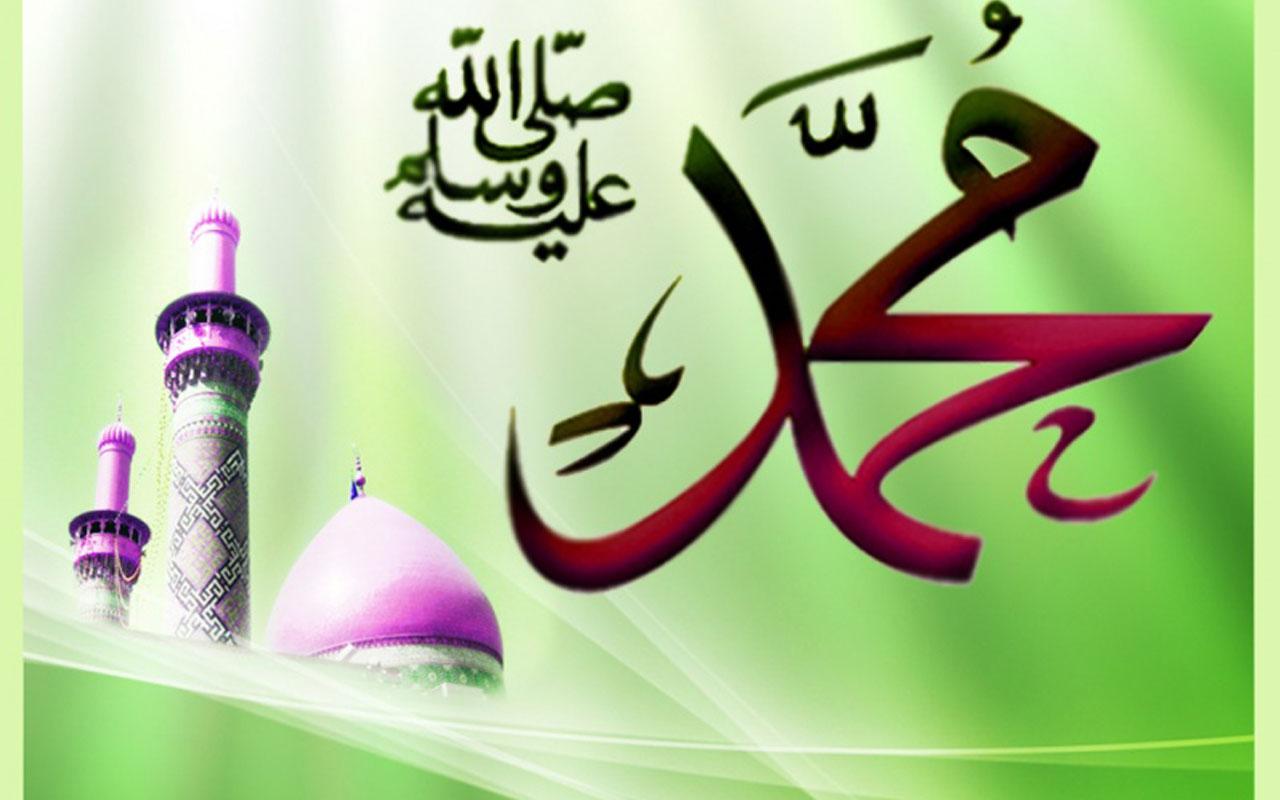 Captives Journey to Damascus:
After about a month and seven days of captivity in Kufa, the captives were set off for Damascus with a large army of horsemen and footmen so that no one could intercept their journey. With their mean-hearted escort, the caravan left Kufa on the eighteenth day of Safar. They suffered untold hardships on their way to Damascus, which was no less than 750 miles away. The journey was long, tough, and exhausting, more so for children such as Al-Baaqir, who was only 4 year old. Sakeena was on a bare back camel, and at one point she slipped from her camel and fell, but the caravan didn’t stop. No one, apart from her family members, noticed her fall, then she was saved. After this incident, the pitiless army changed the formation of the prisoners. Imam Zainul Abideen was already in shackles, but they tied his son, Al-Baaqir, on his back. Then the same rope was tied on his sister Sakeena’s neck so that Imam Zainul Abideen could not stand up straight. If he did stand straight, the rope would become tight and strangle Sakeena.

Their journey took them through many villages and towns, among them Karbala, Ba’albeck, Hums, and Mosul. They were made to travel without hijab, and on bare-back camels. The heads of the martyrs were carried on spears before them. In some of the towns, the crowds flocked to jeer at them. But when they passed through a place where the people were friendly towards the family of the Prophet (pbuh), they came out to fight Yazid’s army. The escorts were often forced to take other routes involving long diversions, and the camels were made to run faster so as to cover the extra distance. After about 28 days of the journey, on the 16th of Rabi ul-Awwal, the caravan reached Damascus.
The common man in Syria, particularly in Damascus, thought some rebels were subdued.  They did not know the true story, for such was the propaganda of Yazid’s government!  The common man was celebrating the occasion as the procession proceeded, a procession consisting of women on bare back camels, dusty and disheveled, a man in shackles, all of whom preceded by 72 heads on the tips of spears!  It must have been a grotesque scene, a scene you never like to see nor a scene you can ever forget.

But soon people found out, and with that there came a feeling of high indignation, and an outrage grew within a few days.  The government was caught red‑handed, its lies exposed, the outrage was well deserved.
When they reached the outskirts of Damascus they were made to halt. Yazid was informed of their arrival and he fixed a date for their entry into the city. On the morning of the appointed day, the members of the family of the Prophet (pbuh) were led into Damascus. They were herded together. No consideration or kindness were shown, only meanness and the brute of force. The city streets were decorated and music filled the air to celebrate the victor, Yazid. People came out in festive clothes and they rejoiced when they saw the procession of the vanquished, preceded as always by the heads of the martyrs atop the spears. The women, without hijab, along with the children were paraded through the main bazaars of Damascus. People were to celebrate the demise of the rebels, as they were led to believe by Damascus.

Among the crowds was the son of an enemy of the Prophet (pbuh) who had once waged war with Imam Ali (a.s.). When he saw Imam Zainul Abideen he jeeringly asked him who was now victorious? In reply the Imam said:

Zainab’s Sermons in Darbar-e-Yazid:
At the plush seat of government, Yazid, proud of himself, surrounded by men of influence, was seated in wait. It was somewhat startling when he saw the 44 (see Note 2) bound captives arrive. It was more startling when the head of Al-Husain was brought to him on a golden tray. He, playfully touched the Imam’s teeth with the end of his stick and said:

“O Husain! You have paid the price of your revolt.”
Taken aback at this audacity, Zainab and her companions were inflamed. Present were many sympathizers who felt sorely aggravated. But Yazid carried on gloating over his victory. He said to his subjects: “An avenge for my ancestors killed at Badr. Now Benu Hashim had staged a ploy to gain power.” Zainab, however, was incensed. She drew herself up and said aloud:

Among the gathering was a red haired Syrian who saw Fatima Kubra, daughter of Imam Al-Husain, and asked Yazid to give her to him. When Fatima Kubra heard this she clung to Zainab and started to weep, frightened. She feared that now after the loss of her father she was to be made a slave girl.
Zainab was not afraid. She turned to Yazid and told him that he had neither right nor authority to give the young girl away like that, at which he bristled, retorting that he could do so.
Zainab remarked, “You are abusing me because of your authority and power.” At this Yazid was shamed into silence. To the Syrian she said: “May the curse of Allah be upon you. May hell be your eternal abode. May your eyes be blinded and your limbs paralyzed.”

Yazid was so enraged with Zainab’s sermon and her amazingly bold defiance of him that he ordered her be killed, were it not for Abdullah ibn Amr ibn Aas. He intervened on behalf of Zainab and asked to ignore her harsh words since she had suffered so much grief and hardship.
Imam Zainul Abideen would also have suffered death at the hands of Yazid on account of his fearless speech, had it not for Zainab who saved his life by interjecting with Yazid, crying slay me along with him.

Zainul Abideen is face to face with Yazid

Yazid’s court (and that of Mu’awiya’s) was constructed along the Hellenic fashion, i.e., the Greek style of government.  Its administration, management, and courtier were Byzantine like.  It showed evidence of opulence by being very expensively decorated, and having numerous guards around.  At the moment however, the atmosphere of the court was somber and gloomy, sensing that a very big mistake had been committed, since already people in the streets were outraged.

Being face to face Yazid said, “Son of Al‑Husain, your father refused to recognize my throne and authority…..  You have seen what Allah did with him as a result of it.”

Zainul Abideen retorted indignantly by quoting the Holy Quran, “You are visited with afflictions in this world, pre‑ordained for you.”  Then he added, “May the curse of Allah be upon those who killed my father.”

The first confrontation over, Zainul Abideen and his family were kept in detention.  In the days that followed, a number of exchanges took place in the court of Yazid.  Each time Zainul Abideen gave very powerful replies, relying mostly on quoting the Holy Quran.

When Zainul Abideen finished his speech, the stunned people were weeping and crying, while others were chocked into utter silence.  All felt ashamed, degraded, and very low.
Note 2: It is presumed that of the 55 captives 11 children had died during journey or in the prison. 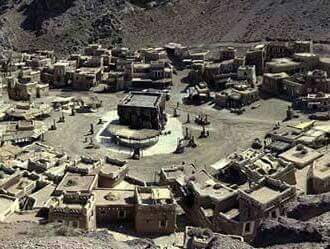 The Battle of Badr 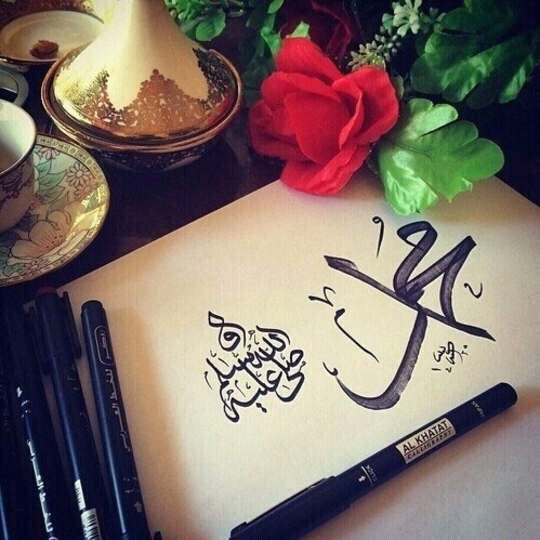